Merchandising, Get your Comic-Con Swag On!

This will be our last preview post before San Diego Comic-Con 2014 officially kicks off and we can hardly contain our excitement. Since we’ve highlighted the parties & happenings (ahem, non-badge holders) and laid out a guide to must-see panels, it’s time to direct your attention to all the cool limited edition collectibles, ultra-sweet free promotional items and other merchandising opportunities. We’re going to break this down in alphabetical order by subject.

Remember, we’ll be updating regularly so bookmark this page!

Announcing the OFFICIAL COMIC-CON BAGS OF 2014

A list of Pop! Vinyl exclusives has been announced including three options from Disney’s Frozen, a Disney mystery minis set (with multiple Cheshire Cat possibilities!), a Game of Thrones mystery minis in-memorandum set (Comic-Con exclusive!), two Breaking Bad characters and quite a few Ghostbusters items. See a full list here. Not attending Comic-Con you could win one of each of their exclusives by following Funko on Twitter, Facebook and Instagram. 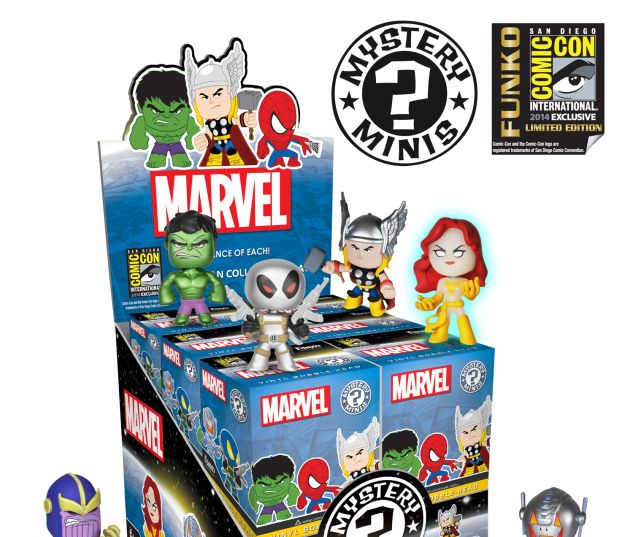